Today I have something new. It’s basically an article about a very hyped product in which I’ll show the product, kind of review it, and then say wether I think this product is worth the hype or not. For today I have the MUA a.k.a. Make-Up Academy palettes. These have been all over the internet for a few years now. But are they really as good as everyone says they are? To find that out, keep on reading! These MUA palettes have been very popular because of a few things. First of all, they are inspired by the Naked palettes. Second of all, they are very affordable and third, they just look incredible. When I was in Brighton I have bought all three of them. MUA does have a lot of different products, including some other palettes, but these three are the most hyped ones.

From left to right (bottom to top) they are called: Undressed – Heaven on Earth – Undress Me Too. The first palette I will be discussing is the Heaven on Earth palette. As you can see I have already used it. This palette contains the most earthy kind of colors. Most colors are pretty basic, but still very pretty. There is one color, the one on the very right corner which is a bit more orangy. But still, it’s an earthy tone.

This palette really shows how diverse brown eyeshadows can be. There are so many different browns. What I do not like about this palette is that there are not enough lighter lid shades for my liking. The picture is a little bit overly lid, but when you see the swatches, this will be a bit more visible. There are only four shades that I would consider as a lid shade, and two of them are actually highlighters. I think this is a problem with lots of palettes. There are mostly only one or two shadows that I think are light enough, but not too light for the eyelids. These are the swatches of the top row. The colors of this palette as well as the Undressed palette doesn’t have any names for the eyeshadows, while the Undress Me Too one does. Too bad MUA!

As you can see most colors are very pigmented. The only color that is not very visible is the fourth one. In real life this one is more pigmented than it looks like on the picture, but it’s not as good as the other ones. The most special color of this row is the third one. In the pan it looks a bit like a dirty gold, but when you look at the swatch, it actually kind of looks like sumptouos olive by MAC. It’s a bit of a goldeny green color. I really like that. This is the second row. The pigmentation of this row is a little bit less. Still I think the quality is really great, especially when you look at the price you pay for these palettes.

The third color is my absolute favorite of the entire palette. It’s the only shade I really like using for my lids. It’s a really pretty champagny beige color. It’s quite cool toned, and I prefer warm tones, but it’s still really pretty. I like it. The last three colors look very similar in the pan, but on the swatch it’s really visible how different they actually are.

All together I think this palette has great pigmentation. Especially when you compare it to other budget brands, I think MUA is doing it right. This is the second palette I want to discuss today. It’s called undressed and it’s by far my favorite of the three. I think that this palette looks quite similar to the first Naked palette, which is after the Naked 3 my favorite. As you can see the second color from the top row looks kind of bad. Like I’ve attacked it or something. That’s not the case, it’s just my favorite color ever, so I’ve used it very very often. It’s a very good dupe for Sin from the Naked 1. 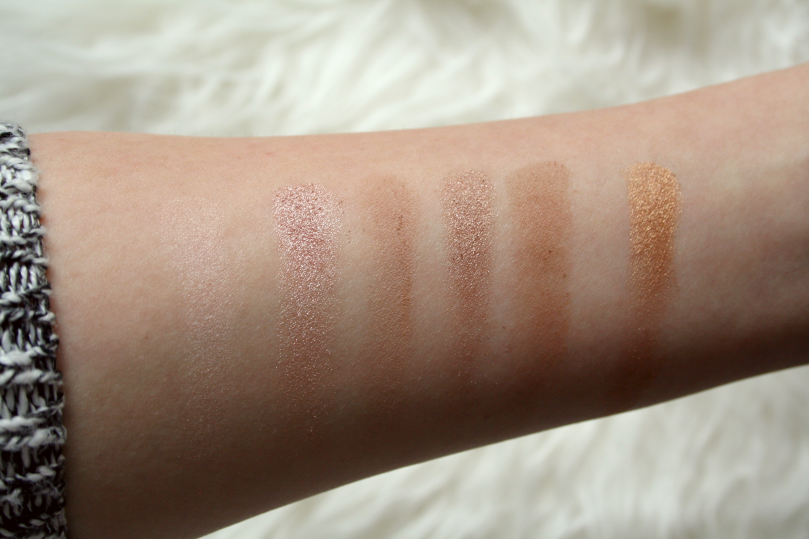 This is the top row. If I would be looking at this picture, not owning this palette I would think this is not good at all. That because the first, third and fifth color look kind of crappy. But, since I own this palette I know better. The first one is just a highlight shade. It’s pretty close to my skintone, so it’s not that visible. The third and fifth color are those perfect medium brown ones, which look like Naked and Buck by the Naked palette. I love those kind of medium browns, and for me it’s not a problem that they are not that pigmented. Budget brands never score that well on matt shadows.

But, just take a look at the second, fourth and the last color. Aren’t they gorgeous? I think these shades are the ones that really make this palette my favorite. The Heaven on Earth palette didn’t have enough lighter shades in it, but this one does. I really like that about it, this makes this palette very usefull for travelling. You really have every color you need. The second row is again extremely pretty. Especially the darker shimmery colors do well. Look at that blue shade. It’s super pretty! I honestly have never used it, because I’m not such a blue eyeshadow fan, but I have to admit that this is gorgeous. The other colors are all very pigmented too.

This is as I mentioned before by far my favorite of the three. I think the pigmentation is as it should be, and it contains the right shades. I absolutely love it! This is the third and last palette. It’s called the Undress Me Too palette. This one is inspired by the Naked 2 palette and has a slightly different look that the other two palettes. If you look at the palette, just like this, I think it looks the prettiest of them all. But if you take a better look, you can see that this is the least used palette of the three. That should have a reason right. The swatches of the top row are looking good. The pigmentation is very good, even the matt color looks great. I think that the matt color is absolutely gorgeous. It has a bit of a purplish tone in it wish I really like. The golden shade is also very pretty. And look at that last one!

Even though I really like the look of them like this, I don’t use this palette very often. I don’t really like using highlighter shades as a lid shade, so then, again in my opinion, I’m left with only two lid shades. This golden one, and one from the second row. This is the second row. Again, the pigmentation is great. The only color I think could have been a bit better is the black one. The other ones are all very pretty. I like the third one, reveal quite a lot as a lid shade. It’s a very cool tone, but it’s really pretty. The shimmery brown shades of this palette are absolutely gorgous. I do love those!

This palette is perfect for people that like cooler tones. Since I don’t, I honestly don’t use this palette very often. That doesn’t mean it’s bad!

All together I think that these MUA palettes are very high quality. These are great budget eyeshadow palettes for a daily eyeshadow look. I really like them and in my opinion they are really worth the hype. I think these are the best budget eyeshadow palettes on the market today. What I think is nice about them, is that they are all a bit different. One is more earthy, the other one has cool tones and the other one warm tones. There’s something in it for everyone!

These palettes cost 4 pounds and are available at Superdrug and on their website! Let me know in the comments whether you thing these palettes are worth the hype, or not!

6 thoughts on “Worth The Hype: MUA palettes” 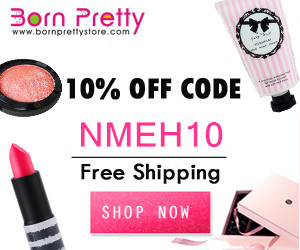